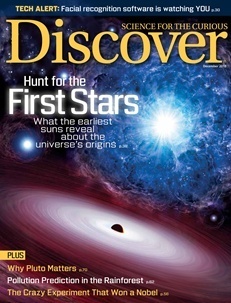 Professor Timothy Beers, the Notre Dame Chair in Astrophysics, along with several colleagues, is interviewed about his research on the discovery of the First Stars to be born in the Universe in the cover article "Hunt for the First Stars: What the earliest suns reveal about the universe's origins," by Michael Lemonick, in this month's (December 2015) Discover magazine. Beers tells of how we can understand the origin of the first elements by the analysis of starlight from the rare, but relatively nearby, stars in our own Galaxy. Beers's work with large-scale surveys has resulted in the discovery of the majority of the most ancient stars presently known.

Learn more about Prof. Beers and his research group here.