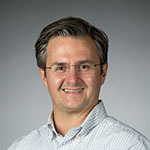 Nicolas Lehner, astrophysics research professor in the Department of Physics at Notre Dame, is a co-author of a paper published today in The Astrophysical Journal. Lehner and his collaborators, studying existing data from the Hubble telescope, found for the first time that the Milky Way contains an unexplained surplus of incoming gas. Gas inflow and outflow processes are important for astronomers to understand because these processes are involved in regulating the formation of new stars and planets.

Prior to this study, astronomers believed that the inflow and outflow of gas from our Milky Way galaxy was in a state of equilibrium. Through detailed analysis of Hubble ultraviolet data, the team was able to determine that more gas is incoming to the galaxy than is leaving the galaxy.

A key element of this study also required understanding where these diffuse halo clouds are located. Lehner, together with Chris Howk, professor in the Department of Physics at Notre Dame, previously were able to directly constrain the distance of these fast-moving halo clouds by finding their absorption signature in the ultraviolet spectra of distant background halo stars. Their research directly showed that the halo clouds are indeed large scale flows in and out of our galaxy and not other phenomena. “Both the velocities and distances of these clouds were key to know in order to figure out how much gas is coming in and out of the Milky Way. To achieve this was only possible only thanks to the sensitive ultraviolet spectrograph onboard the Hubble Space Telescope," said Lehner. 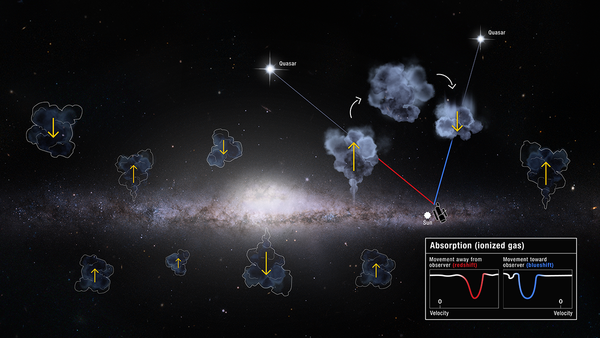 Support for this research was provided by NASA through grants from the Space Telescope Science Institute, operated by the Association of Universities for Research in Astronomy, Inc., under NASA contract NAS 5-26555.