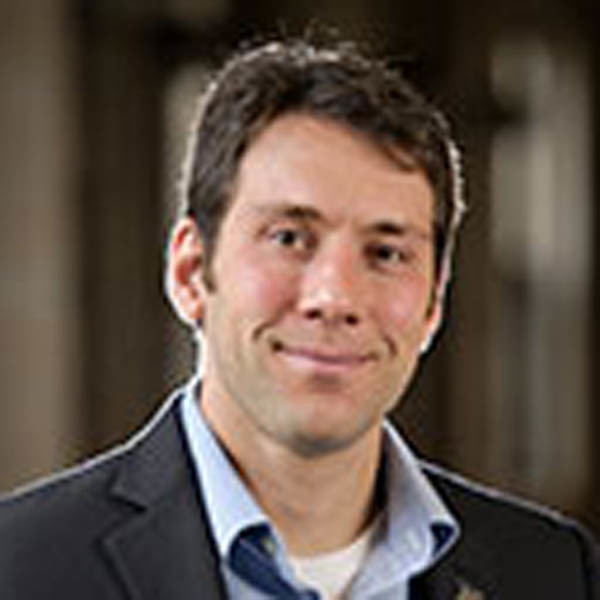 NASA has named University of Notre Dame astrophysicist Justin Crepp as a member of the Transiting Exoplanet Survey Satellite (TESS) science team. A space mission coordinated through MIT, Harvard, and NASA’s Goddard Space Flight Center, TESS will discover thousands of exoplanets in orbit around the brightest stars in the sky.

Crepp, The Freimann Assistant Professor of Physics, was selected to be on the science team based on his team's expertise with adaptive optics and their ability to use the Large Binocular Telescope, the world’s premier diffraction-limited facility, to acquire follow up observations for intriguing planetary signals that TESS will detect.

Crepp is building the first ultra-precise Doppler spectrometer, the iLocater, at Notre Dame. The instrument, which will be installed at the Large Binocular Telescope, will identify terrestrial planets orbiting in the habitable zone of nearby stars. Crepp says, “iLocater and TESS will make a very powerful combination. TESS will provide radius measurements while iLocater will provide mass measurements. Together, they can tell us what planets are made of, whether or not they have an atmosphere, and how ‘tilted’ and eccentric their orbits might be.”

Scheduled for launch in fall 2017, TESS is the first-ever spaceborne, all-sky transit survey. According to NASA, the principal goal of the TESS mission is to detect small planets with bright host stars in the solar neighborhood, so that detailed characterizations of the planets and their atmospheres can be performed.

During the two-year space mission, TESS will monitor more than 500,000 stars for temporary drops in brightness caused by planetary transits and is expected to catalog more than 3,000 exoplanet candidates, including around 500 Earth-sized and “Super Earth” planets. Crepp says, “In only a few years, we will be able to point to stars easily visible in the night sky and know which ones have Earth-like worlds.”