University of Notre Dame physicist Peter Garnavich remembers a supernova event from his postdoctoral days in 1993. He observed SN1993J release an intense flash of light quickly, decline abruptly, and rise again before fading from view weeks later. The early flash of luminosity was unusual for a supernova, and suggested to Garnavich that the star started blowing off material shortly before it exploded.

Garnavich, professor and chair of Notre Dame’s Department of Physics and a member of The Center for Astrophysics at Notre Dame (CANDU), along with his collaborators have coined these events Fast-Evolving Luminous Transients (FELTs). Only by increasing the rate at which telescopes monitor the sky has it been possible to catch more FELTs and begin to understand them.The slow fade of radioactive elements as the supernova decayed allowed astrophysicists to study it at length. But the universe is packed full of flash-in-the pan transient events that last for only a brief time, and remain mysterious because they are so quick and hard to study.

In a paper published March 26, 2018 in Nature Astronomy, Garnavich and colleagues from several universities and institutes, including the Space Telescope Science Institute (STScI) in Baltimore, Maryland, described one of the fastest FELTs to date, captured by NASA’s Kepler Space Telescope in 2015. It exhibited what Garnavich described as a “the most beautiful light curve we will ever get for a fast transient.” The FELT, KSN2015K, rose in brightness over just 2.2 days – unlike other supernova that may take 20 days to reach peak brightness – and faded completely within 10 days. Most other supernovae take weeks to become undetectable. 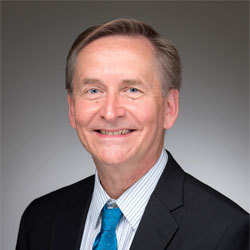 The paper describes several options that could cause these FELTs, but researchers ultimately settled on a simple explanation: These stars “burp” before exploding and then do not generate enough radioactive energy to be seen later. Astrophysicists see a flash as the supernova runs into the gas expelled in the burp, and then the supernova fades beyond their ability to detect it.

“Our conclusion was that this was a massive star that exploded, but it had a mass loss—a wind—that started a couple of years before it exploded,” Garnavich described. “A shock ran into that wind after the explosion, and that’s what caused this big flash. But it turns out to be a rather weak supernova, so within a couple of weeks we don’t see the rest of the light.”

The only visible activity is from the quick collision of the gas and the exploding star, where some of the kinetic energy is converted to light. One mystery in the explanation is why the burp of gas would happen such a short time before the supernova explosion. Astrophysicists want to know how the outside of the star “knows” to react to what’s happening deep in the core, Garnavich said.

The discovery was made possible because of the Kepler telescope and its K2 mission. Kepler was designed initially to be a planet hunter. But astrophysicists like Garnavich realized it could also be used as a tool to stare at galaxies as well, with the hopes of detecting supernovae explosions. Each Kepler “campaign” lasts for three months, as it scans a portion of the sky about the size of a fist raised to the sky as seen by someone standing on earth. Though the portion of sky it scans is small, it captures images every 30 minutes, unlike other telescopes that record areas only every few days.

Though Kepler is expected torun out of fuel die within the next couple of months, astrophysicists have two years’ worth of data from it to continue studying. Also, NASA has decided to keep Kepler focused on the study of these types of supernovae events until its demise. After that point, astronomers will rely on the next mission of its kind, Transiting Exoplanet Survey Satellite (TESS), to study FELTs.

After that point, astronomers will rely on the next mission of its kind, TESS, to study FELTs. TESS will span different wavelength regimes.

Meanwhile, the recent discovery of KSN2015K has led Garnavich to wax nostalgic about what he now believes was his first brush with an almost-FELT, 1993J. He now believes that the supernovae he studied in his postdoctoral years also “burped” before it exploded, exhibiting the speedy rise and fast decline that he saw. However, it likely contained much more radioactive material, giving it the return bump in brightness he and others were able to study long afterward.

“We think these might actually be very common, these flashes, and we have just been missing them in the past because they are so fast." Garnavich said, “The fact that one occurred in the small area of the sky being monitored by Kepler means they are probably fairly common.”

In addition to Garnavich, who was the second author on the paper, other collaborators include lead author Armin Rest of STScI and Brad Tucker ’07, a research fellow at the Research School of Astronomy and Astrophysics, Mount Stromlo Observatory, Australian National University. Additional collaborators include researchers from the University of California, Berkeley, the Lawrence Berkeley National Laboratory, the ARC Centre of Excellence for All-Sky Astrophysics (CAASTRO), the University of Maryland, Cerro Tololo Inter-American Obervatory, Chile, Gemini Laboratory, Chile, Harvard-Smithsonian Center for Astrophysics, and the Center for Mathematical Modeling, University of Chile.

NASA’s Ames Research Center at Moffett Field, California, manages the Kepler and K2 missions for NASA’s Science Mission Directorate. NASA’s Jet Propulsion Laboratory in Pasadena, California, managed Kepler mission development. Ball Aerospace and Technologies Corp. operates the flight system with support from the Laboratory for Atmospheric and Space Physics at the University of Colorado in Boulder, Colorado. The Space Telescope Science Institute (STScI) in Baltimore, Maryland, archives, hosts, and distributes Kepler science data. STScI is operated for NASA by the Association of Universities for Research in Astronomy, in Washington, D.C.

The research was funded by NASA grant NNX17AH11G.

Originally published by Deanna Csomo McCool at science.nd.edu on March 26, 2018.