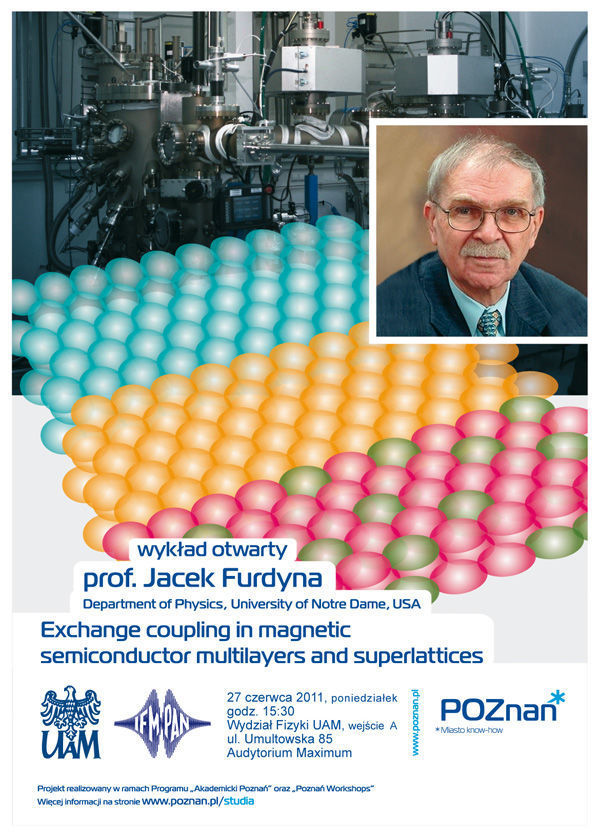 Department of Physics Professor Jacek Furdyna, the Aurora and Thomas Marquez Professor of Information Theory and Computer Technology, was invited to present a plenary lecture entitled “Exchange Coupling in Magnetic Semiconductor Superlattices and Multilayers” at the European Conference on the Physics of Magnetism 2011, held in Poznan, Poland June 27 to July 1, 2011. The material presented was the collective achievement of Prof. Furdyna and his collaborators J. Leiner, M. Dobrowolska and X. Liu from Notre Dame, Sanghoon Lee and Jae-Ho Chung from Korea University, and Brian Kirby from NIST. Other plenary speakers at the conference included Prof. Peter Gruenberg, 2007 Nobel Prize winner, Hideo Ohno, the discoverers of ferromagnetism in semiconductors, Laurens Molenkamp who presented his seminal work on topological insulators, and other prominent scientists working in the field of magnetism from around the world.