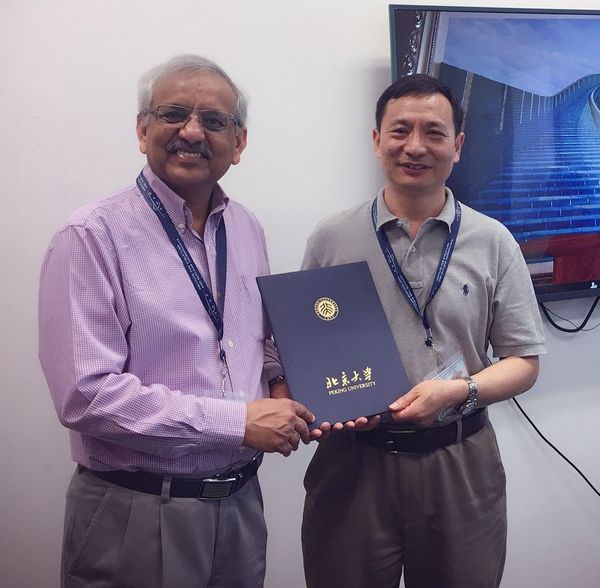 Professor Umesh Garg has been reappointed as an Honorary Guest Professor in the Physics Department at Peking University through January 2020. This honor is bestowed by the President of PKU on academics of very high international repute who have significant connections with the University. Garg has had a strong collaborative relationship with faculty at PKU's Physics Department and the State Key Laboratory of Nuclear Physics and Technology, beginning with his sojourn there in Spring, 2012 under the Global Visiting Professors Program. He is only the second nuclear physicist to be accorded this honor.
The Certificate of Appointment was presented to him at the Notre Dame-China Symposium on Exotic Nuclear Structures held in early June at Notre Dame's Beijing Global Gateway.