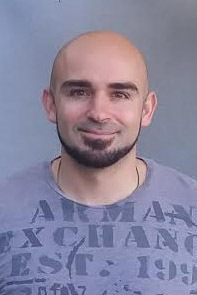 Orlando Gomez, a third-year graduate student working in the Nuclear Science Laboratory with Prof. Anna Simon, received the Glenn T. Seaborg Institute at Lawrence Livermore National Laboratory "Nuclear Forensics Summer Internship". The internship provides a stipend and travel cost reimbursement for a graduate student who is then paired with an LLNL scientist for a two-month program. The student joins the research group at LLNL and works on a project directly related to the efforts of the group.

The internship allowed Orlando to spend eight weeks of his summer at Lawrence Livermore National Laboratory where he worked with nuclear theorist Dr. Jutta Escher on expanding nuclear mass models towards exotic nuclei.

The goal of the project was to provide better extrapolated mass predictions with quantifiable statistical errors. Nuclear masses are important for r-process calculations since the network goes all the way to the drip-line. Extrapolated nuclear masses also play a critical role in neutron star physics where the composition of the neutron star crust depends on the chemical potential of the nuclei.

"My summer research," says Orlando, "has been learning to use the 'Deep Jointly-Informed Neural Networks'; (DJINN) which is a code that builds Bayesian Neural Networks (BNNs), a type of machine learning algorithm. So far I have been using DJINN to enhance nuclear mass models (e.g. liquid drop model, or the more refined 10 parameter Duflo-Zucker (DZ)) by training BNNs on the mass residuals between the mass models and experimental measurements. Once a BNN-refined mass model is trained, one application is to look at neutron separation energies near the neutron drip line far from experimental data. A distinct advantage of using a BNN is that predictions come with quantifiable statistical errors."