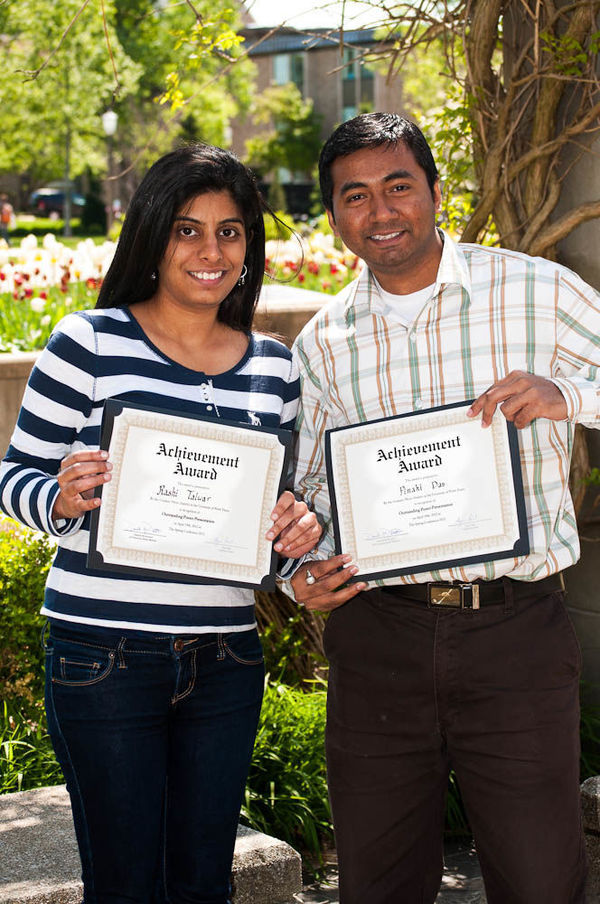 Paul said the GPS hopes to sponsor the conference every semester or every year and potentially expand it to include faculty members, graduate students from other disciplines and other universities, and keynote speakers. “Collaborations can start,” he said. “This is a major motivation for it. Everyone’s busy with their own work. The guy in the next lab may have started on something connected, but you’d never know.”