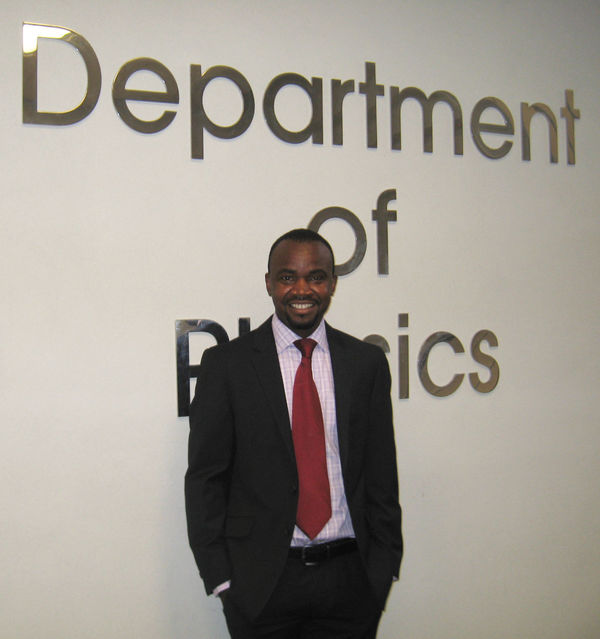 Graduate Student Akaa "Daniel" Ayangeakaa has several accolades to his credit in recent months. His poster at the 2013 Gordon Research Conference on Nuclear Chemistry, titled "Tidal Waves in 102Pd: A Rotating Condensate of Multiple d Bosons", was selected for an oral presentation by a vote of all attendees at the meeting.

In addition, two papers based on his thesis work have been published in the flagship journal of physics, the Physical Review Letters: "Tidal Waves in 102Pd: A Rotating Condensate of Multiple d Bosons," PRL 110, 102501 (2013); and "Evidence for Multiple Chiral Doublet Bands in 133Ce," PRL 110, 172504 (2013). Even one "thesis paper" in this journal is normally considered a high achievement for a student; Daniel's feat is quite extraordinary.