Michael Hildreth, professor of physics and associate dean for research and graduate studies, has been appointed to the national High Energy Physics Advisory Panel (HEPAP). HEPAP advises the Department of Energy (DOE) and the National Science Foundation (NSF) on policies for the support of High Energy Physics. Hildreth will serve a 3-year term. 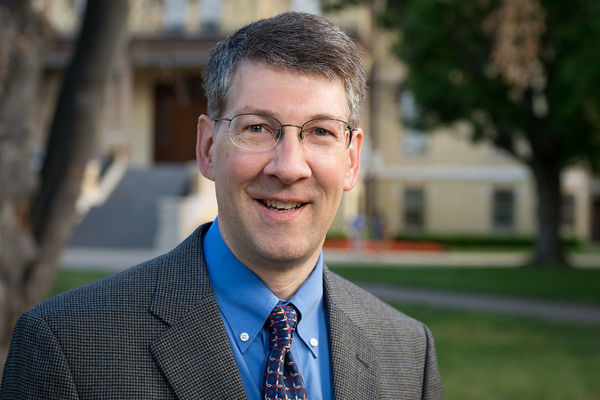 “This appointment recognizes Mike as a respected expert in his field of high energy physics,” said Mary Galvin, William K. Warren Foundation Dean of the College of Science. “The College of Science is proud to have him serve on HEPAP, where he will draw on his research expertise and experience at CERN and FermiLab to help guide the future of high energy physics in this country.”

Michael Hildreth is a professor in the Department of Physics and has served as associate dean for research and graduate studies in the College of Science since 2016. He joined Notre Dame in 2000, moving from Geneva, Switzerland, where he was a staff physicist at CERN. He has been a long-time leader in particle physics software development, including service as offline software coordinator for the D0 experiment at Fermi National Accelerator Laboratory, and the CMS experiment at CERN. His research focuses on searches for signals of new physics beyond the Standard Model, studies of Higgs boson properties, and particle accelerator instrumentation. He has also led various projects, workshops, and studies related to distributed computation and data and software preservation in High Energy Physics and other fields, most notably the Data and Software Preservation for Open Science (DASPOS) initiative and a new effort, Scalable CyberInfrastructure for Artificial Intelligence and Likelihood Free Inference (SCAILFIN) aimed at distributed machine-learning training at large high-performance computing centers. Hildreth most recently served on the National Science Foundation Advisory Committee for Cyber Infrastructure and is an active member of the Research Data Alliance where he co-chairs an Interest Group focusing on tools for knowledge preservation.

Originally published by Tammi Freehling at science.nd.edu on June 03, 2019.