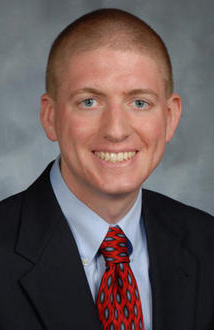 Many students work the night shift to get through law school, but Colin Littlefield’s late-night job at the Notre Dame Observatory has led to a one-in-a-billion discovery of a rare type of star, a Wolf-Rayet. Littlefield discovered the exceptional star, named WR 142b, this past summer, and he and his colleagues announced the discovery in a paper accepted for publication in The Astronomical Journal. 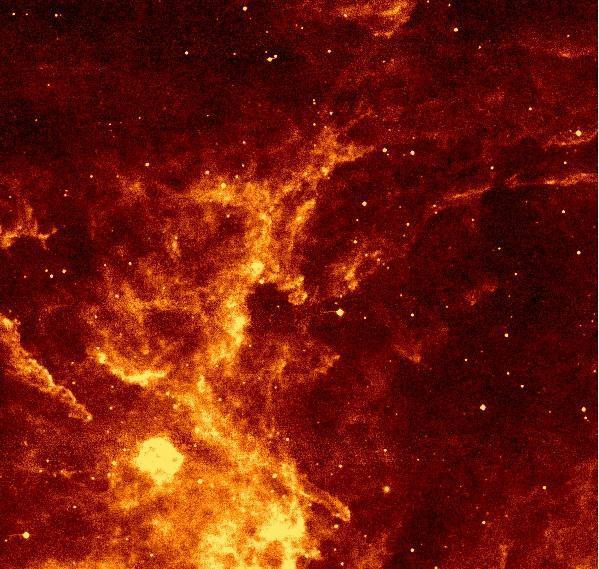 There are only a few hundred known Wolf-Rayet stars in our Milky Way galaxy, which contains an estimated 400 billion stars. A Wolf-Rayet star is like a ticking time bomb that will explode as a brilliant supernova or a gamma-ray burst at the end of its short, violent life. Among the most massive, luminous stars known to exist, Wolf-Rayet stars are in their final death throes and hemorrhage prodigious amounts of mass into space, often at a rate of several Earth masses per year.

The first three of these unusual stars were noticed by the French astronomers Charles Wolf and Georges Rayet in the 19th century. Wolf-Rayet stars begin their lives with 20 to 100 times the mass of our sun, quickly exhaust their reserves of nuclear fuel, and finally blow themselves apart with tremendous energy leaving a black hole or a neutron star.

Littlefield has had a fascination with astronomy since grade school and has worked at the Observatory helping students with their astronomy class projects since 2008. After the other students head back to their dorms, Littlefield stays at the observatory to do his own research. While monitoring the outburst of one star this past July, Littlefield noticed an unexpected brightness variation in a nearby star and followed up by analyzing the starlight using a spectrograph. Although this star appeared as just one inconspicuous dot in a field of many such specks of light, the star’s spectrum, which showed strong emission lines from highly ionized helium and nitrogen, told a far more interesting story. Littlefield said, “The spectrum showed unmistakable signs of the high temperatures and strange chemical composition unique to Wolf-Rayet stars, enough evidence to get professional astronomers with big telescopes excited.”

More data on the star was obtained with the 9-meter-aperture Hobby-Eberly Telescope and the 8.4-meter-aperture Large Binocular Telescope, two of the largest telescopes in the world. In addition to confirming that Littlefield’s star was indeed a newfound Wolf-Rayet, the data from these telescopes revealed that if it were not for clouds of interstellar dust obscuring WR 142b, the star would appear so bright from Earth that it could be visible to the naked eye at night. “Although a telescope is currently necessary to view WR 142b,” says Littlefield, “it will temporarily shine as one of the brightest stars in the night sky when it finally explodes as a supernova at some point in the future.”

Littlefield earned a bachelor’s degree in political science with a minor in peace studies in 2011 from Notre Dame. He is currently enrolled in the Notre Dame Law School.