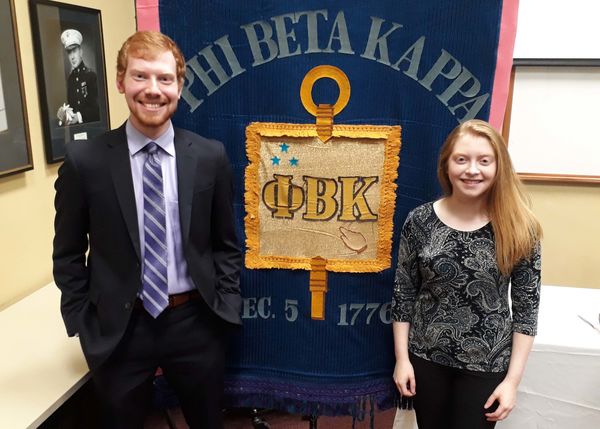 This week, Notre Dame's chapter of the Phi Beta Kappa national honor society inducted its first class ever of students chosen for early admission based on the strength of their academic record through their junior year. Phi Beta Kappa was the nation's first honor society, formed in 1776 to promote and advocate excellence in the liberal arts and sciences. It remains the most prestigious of American honor societies, with 286 chapters across the nation. It can claim 17 presidents and 136 Nobel laureates among its members.

Congratulations to both Liz and Michael for this honor and the outstanding scholarship they have demonstrated throughout their studies.