Junior Maciej Olszewski, a physics and honors mathematics major, was the lead author on a paper published in New Journal of Physics on Feb. 5.  The work was based on computer simulation, which describes the ways superconducting vortices interact. 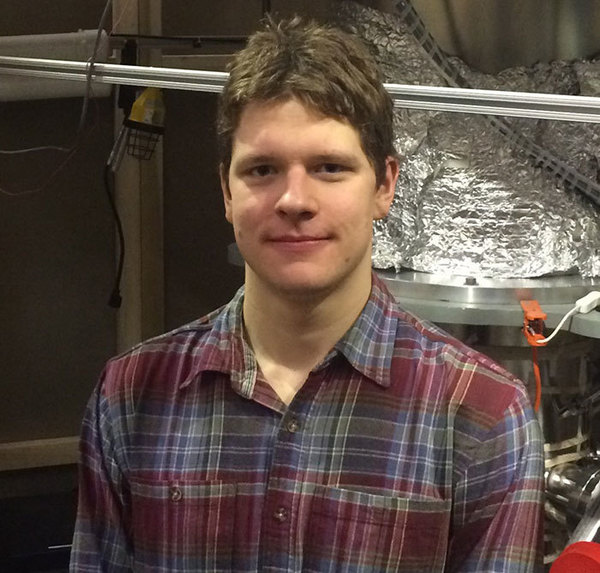 Olszewski worked with Morten Eskildsen, professor of physics, as well as collaborators in the Theoretical Division at Los Alamos National Laboratory in New Mexico. The groundwork for the paper was laid at Notre Dame during Olszewski’s freshman and sophomore years.  With the foundation in place, he spent 14 weeks in Los Alamos between his sophomore and junior years, working with physicists Cynthia and Charles Reichhardt.

Olszewski had significant programming experience even before arriving at Notre Dame, and was eager to begin undergraduate research early. He was also seeking a challenge. “Professor Eskildsen mentioned that he had a project that will require a lot of work, but is ‘high risk, high reward,” said Olszewski, who is studying abroad at the University of Oxford for the 2017-2018 academic year while continuing his research. “This immediately caught my attention and I was hooked.”

His paper describes the first time an anisotropic pairwise potential, which is the repulsion between two vortices that depend on the direction of the line joining them, has been properly implemented into a computer simulation. Olszewski used so-called molecular dynamics to model the behavior of the vortices. The computer modeling is valuable, both as an aide to understand current experimental data and to predict new phenomena to be explored.

Eskildsen said Olszewski’s modeling research complements his own experiments.  “My group studies the vortices using neutron diffraction, but it is often a challenge to interpret the data. I had the idea to use molecular dynamics to see if we could reproduce our result and get a better understanding of how the vortices behave, but I had no experience with how to actually do this,” Eskildsen said. “Maciej was able to get the code up and running on the computer cluster at the ND Center for Research Computing, and I have been impressed by how much he has accomplished.”

Olszewski plans to carry on the project as he continues to interpret the data and build upon the computer model for different types of anisotropic superconductors. His work can also be applied to other types of topological phenomena. He plans to pursue a doctoral degree in physics after graduating from Notre Dame.

Originally published by Deanna Csomo McCool and Morten Eskildsen at science.nd.edu on March 14, 2018.