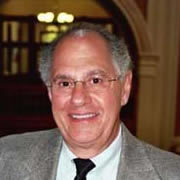 Twenty years after its launch into space, one NASA satellite is predicted to make its re-entry into earth’s atmosphere Friday.

NASA reports that there is a one in 3200 chance of this satellite actually hitting someone. With billions of people on earth, it's an extremely slim chance.

The satellite was launched in 1991 and weighs about six tons.Its mission was to monitor chemicals in our upper atmosphere. It carried out this task until a few years ago When NASA stopped collecting data from it.

Since then, its orbit has been degrading and it has now reached the end of its lifetime. The only option is for it to fall back to earth, according University of Notre Dame physics professor Anthony Hyder.

And, if you're in the line of vision when it makes re-entry, you could be in for a show.

"You're going to see one heck of a fireworks display,” Hyder said. “Almost six tons of metal vaporize in the atmosphere and that's an impressive sight I would expect. I have not seen one before, but I can only expect it's a sight to behold."

According to NASA, none of its satellites that have had an uncontrolled re-entry have struck a person.

This satellite is predicted to land sometime Friday and will likely drop into a body of water.