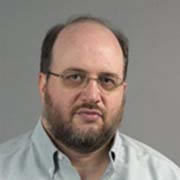 Astrophysicist David Bennett was interviewed recently for livescience.com. The article, "Finding extrasolar planets with Einstein's 'useless' method," talks about Prof. Bennett's reseach and how he became interested in the gravitational microlensing method.

As a research professor at the University of Notre Dame, he currently pursues the study of extrasolar planets as a member of both the MOA and PLANET collaborations and has led the effort to conduct a microlensing planet search from space. A space-based extrasolar planet search using the microlensing method is a major part of the WFIRST mission, which was ranked as the top priority large space mission by the National Academy of Sciences' Astro2010 Decadal Survey.