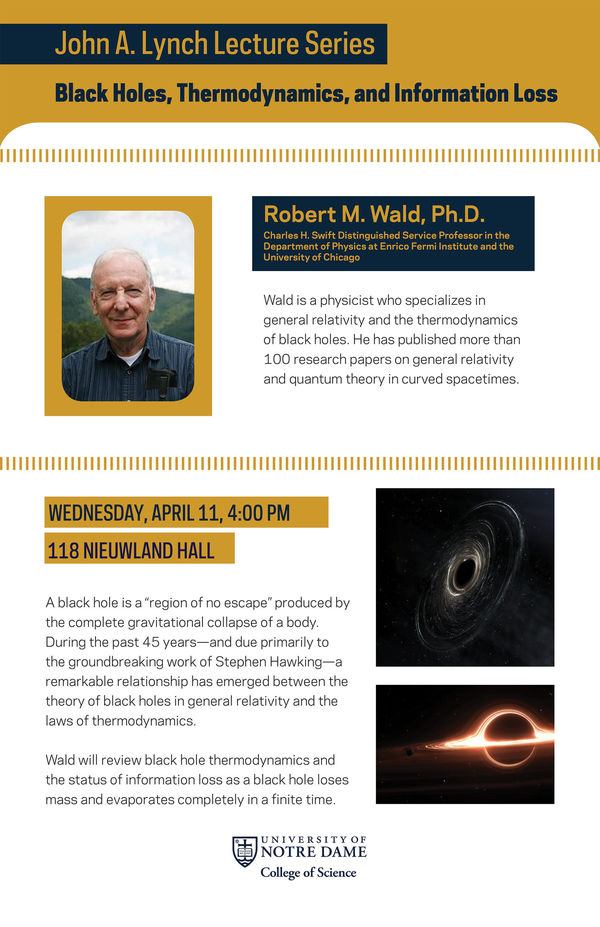 Part of the John A. Lynch Lecture Series

A black hole is a "region of no escape" produced by the complete gravitational collapse of a body. During the past 45 years---and due primarily to the groundbreaking work of Stephen Hawking---a remarkable relationship has emerged between the theory of black holes in general relativity and the laws of thermodynamics. Most remarkably, as a result of quantum particle creation, black holes emit thermal radiation at a finite temperature. This thermal radiation causes a black hole to lose mass in such a way that a perfectly isolated black hole will completely "evaporate" in a finite time. As a result of the entanglement of quantum fields inside and outside of a black hole, when the black hole evaporates, the final quantum state should be mixed even if the initial quantum state was pure, i.e., information should be lost. This colloquium will review black hole thermodynamics and the status of the information loss issue.