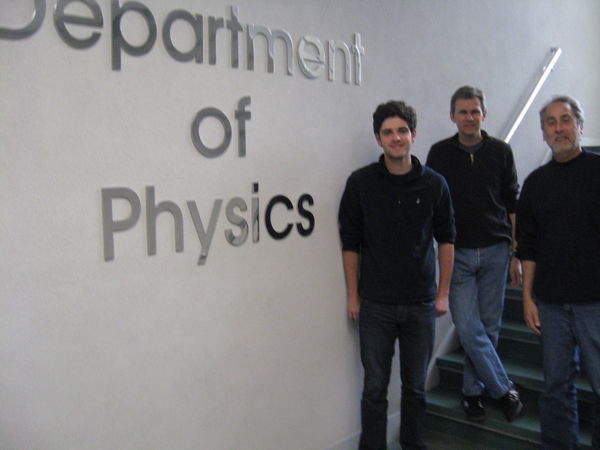 The second annual Hichwa Summer Research Fellowship has been awarded to Christopher Steiner. Steiner works in Professor Morten Eskildsen’s condensed matter research group, which is dedicated to the study of the fundamental properties of superconductors. This summer Steiner’s project will be to build a second STM head for the group’s use, with the goal to have the precision necessary to obtain atomic resolution images in air at room temperature.

Prof. Eskildsen notes that Steiner’s project is ambitious, but he expects results. “It is my clear expectation that the research in which Chris will be involved will also lead to a scientific publication in a high-quality journal and that he will contribute to an extent which merits co-authorship,” wrote Eskildsen in his recommendation letter for the fellowship. Steiner has already been listed as co-author on a contributed talk given by graduate student Cornelius Griggs at the 2012 March meeting of the American Physical Society.

Prof. Bryant Hichwa is a 1973 Notre Dame physics Ph.D., who was advised by Prof. Paul Chagnon in the nuclear physics research group.