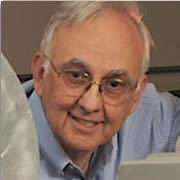 Professor James Kolata was recently awarded a new, 3-year NSF award of $1,135,000 for his project "Nuclear Reaction and Structure Studies with Radioactive and Stable Beams."

This project is a collaboration between physicists at Notre Dame and the University of Michigan. It involves the study of nuclear reactions utilizing beams of short-lived radioactive nuclei, together with the development of instrumentation and techniques to facilitate these investigations. Specific experiments will emphasize the study of neutron- and proton-rich nuclei near the limits of nuclear stability. Several of these “weakly-bound” systems have been shown to develop an exotic “nuclear halo” structure, leading to an effective nuclear size that is much larger than expected based on the properties of more normal systems. Our interest is in the effect that this structure has on nuclear reactions induced by “halo” nuclei. The development of deuterated-scintillator neutron detectors for this project may have applications to national-security programs. In addition, we plan to use specific nuclear reactions to probe the structure of nuclei that are important for the understanding of “neutrinoless double beta decay”. Several massive and expensive experiments are underway to search for this exotic decay mode, which would represent physics beyond the so-called “standard model” of particle interactions. If observed, this decay mode would also present a means to directly measure the mass of the neutrino, which is important for subjects such as high-energy physics, astronomy, and cosmology. However, this application requires much-improved knowledge of the structure of the nuclei involved in the beta-decay process. The experiments we are planning to carry out will contribute to the development of this understanding.

In addition to the already-mentioned contributions of instrumentation development to national-security issues, the broader impact of this project extends to the development of a scientifically-literate workforce via the involvement of students at the graduate, undergraduate, and high-school levels in world-class scientific research. These groups are afforded opportunities for “hands-on” training in nuclear accelerators, superconducting ion-optical systems, radiation detection, and other technologies. The undergraduate students come from Notre Dame and the University of Michigan, and also from several primarily-undergraduate universities and colleges in the Midwest. The high-school program involves students from New Buffalo High School. It features field trips to several nuclear-physics facilities (including Notre Dame), public lectures, and other outreach activities designed to highlight nuclear science and its applications to other fields such as archaeology and medicine. Finally, the program has an international component involving close collaborations with physicists in Mexico and Brazil, and new collaborations including the UK, France, and Italy are being pursued.

Professor Kolata is a Fellow of the American Physical Society and Corresponding Member of the National Academy of Sciences of Mexico.