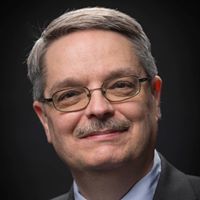 Dr. Donald Lincoln has been named a 2016 Fellow of the AAAS. Election as a Fellow of the American Association for the Advancement of Science is an honor bestowed upon members by their peers. Fellows are recognized for meritorious efforts to advance science or its applications. The AAAS Council elected 391 members as Fellows in 2016. His citation reads, “For distinguished contributions to the field of experimental high energy physics, especially to the study of quantum chromodynamics, and to particle physics outreach.”

Dr. Lincoln is a Guest Professor in Physics at Notre Dame and is a senior physicist at Fermilab. He splits his research time between experiments done at Fermilab and the CERN laboratory in Switzerland. Co-author of over 800 scientific papers, he points to points to two scientific accomplishments that are particularly noteworthy, the discovery of the top quark in 1995 by the DZero experiment at Fermilab and the discovery of the Higgs boson in 2012 by the Compact Muon Solenoid experiment at CERN.

Lincoln is also a passionate popularizer of science. He blogs for the website of the television show NOVA and has two biweekly columns in Fermilab Today. In addition to a vigorous speaking schedule to popular audiences, he has created a series of YouTube videos about particle physics and cosmology. He has given public lectures on three continents and even on a ship in the middle of the Atlantic Ocean as part of the Scientific American Travel series. Lincoln has also written and consulted on several books for the public.

His science communication work was recognized by the European Physical Society when he was awarded the 2013 Outreach Prize by the High Energy Physics Division of EPS.