Graham Peaslee, professor in the Department of Physics at the University of Notre Dame, has been selected as a Fellow of the American Chemical Society.

“He is a truly interdisciplinary scientist — using principles from chemistry, biology, and nuclear physics to advance the mission of Notre Dame,” said Peter Garnavich, the chair of the Department of Physics. 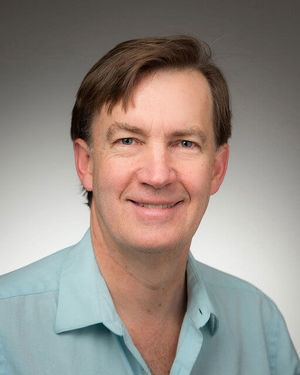 He has 200 peer-reviewed publications since 1983, and holds a bachelor’s in chemistry from Princeton and a doctorate in chemical physics from State University of New York, Stony Brook. After two postdoctoral fellowships, he began his teaching career as an assistant professor of chemistry at Hope College in 1993. He rose through the professional ranks and was named the Elmer E. Hartgerink Professor of Chemistry there until joining the University of Notre Dame as a professor of physics in 2016. He is affiliated with Notre Dame’s Advanced Diagnostics and Therapeutics, as well the Eck Institute for Global Health.

“I am honored to have been chosen as a Fellow of the ACS in their 2019 class, as it represents recognition of a career in research and teaching as well as service to the society,” Peaslee said.

The American Chemical Society is the world’s largest scientific society and a global leader in providing access to chemistry-related information and research through its multiple databases, peer-reviewed journals, and scientific conferences.

Originally published by Deanna Csomo McCool at science.nd.edu on August 08, 2019.