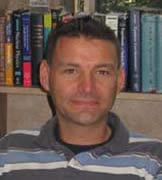 Professor Philippe Collon is the recipient of the Rev. Edmund P. Joyce, C.S.C. Award for Excellence in Undergraduate Teaching. Established in 2007, the Joyce Award for Excellence in Undergraduate Teaching, formerly known as the Kaneb Teaching Award, honors faculty members who have had a profound influence on undergraduate students through sustained exemplary teaching at Notre Dame. In particular, the award recognizes faculty who create environments that stimulate significant student learning, elevate students to a new level of intellectual engagement, and foster students’ ability to express themselves effectively within the discipline.

This university award, inaugurated on the 70th anniversary of Fr. Joyce’s graduation from Notre Dame, is funded through an endowment established by the Class of 1937. Fr. Joyce served as Notre Dame’s executive vice president from 1952 to 1987. Fr. Joyce’s passionate commitment to our Lady’s University is reflected through faculty dedication to, and exemplary teaching of, Notre Dame’s undergraduates.

Philippe Collon, Associate Professor of Physics, was also one of those recently chosen to receive the Joyce Award. Professor Collon received his Ph.D. degree from Universität Wien – Institut Für Radiumforschung und Kernphysik, Vienna, Austria. He came to the University of Notre Dame as an Assistant Professor in 2003. In addition, he is Associate Director of the Center for Undergraduate Scholarly Engagement (CUSE) of the University of Notre Dame and Outreach Coordinator for the Underground Accelerator Collaboration DIANA at the new National Deep Underground Science and Engineering Laboratory (DUSEL). He is a member of the European Physical Society and the American Physical Society.

His research work involves the development of detection techniques using Accelerator Mass Spectrometry (AMS). AMS has traditionally been used to detect environmental tracers at and below their natural abundance levels (10Be, 14C, 36Cl,… ). Its main attribute is its power to accelerate and analyze ions of radioactive nuclei with extremely high sensitivity. However many aspects of this powerful technique cannot only be used for research involving radioactive-beam physics, but also used to study nuclear reactions which, under stellar conditions, involve in most cases very low counting rates and high isobaric backgrounds.

Professor Collon has been developing AMS for noble gas tracers and is presently working on applying this technique to study nuclear reactions of interest in stellar nucleosynthesis. He is also involved in the development of a high intensity, low energy ion source that will be used to measure reaction rates in conditions much closer to those prevailing in stellar environments than previously.