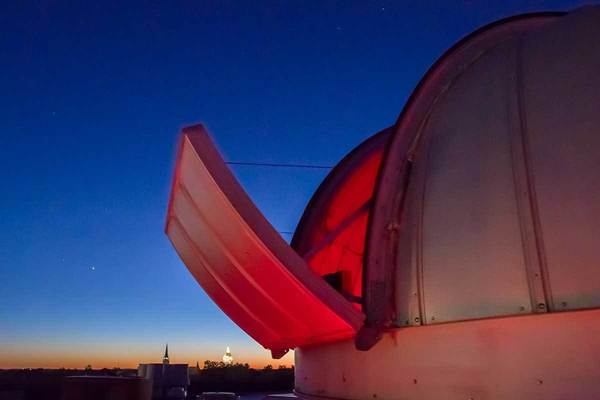 A virtually cloudless night drew a crowd of about 1,500 to the Jordan Hall of Science observatory on July 6 to take turns peering at the stars and planets through the Sarah L. Krizmanich Telescope. 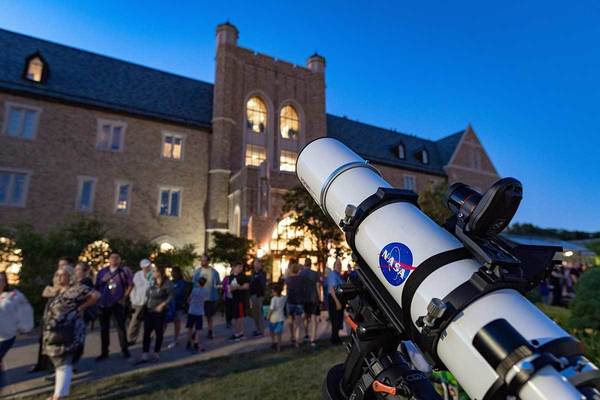 Members of the Michiana Astronomical Society also set up telescopes on the south lawn of Jordan Hall, allowing visitors to look at Saturn and Jupiter. Six additional telescopes were also set up on the rooftop observatory.

While waiting for their turn to look through the roof-top telescopes, guests were treated to a talk by Vinicius Placco, research assistant professor in the Department of Physics, who described a day in the life of an astronomer.

The Sarah L. Krizmanich Telescope was installed at Jordan Hall in 2013. It features a 32-inch diameter mirror, and is used frequently for undergraduate and graduate astronomy research. The light-collecting area of the mirror makes it one of the largest in Indiana.

“It was fantastic to have the public turn out in force for this event and see their energy and enthusiasm for stargazing,” said event organizer Jonathan Crass, research assistant professor in the Department of Physics. 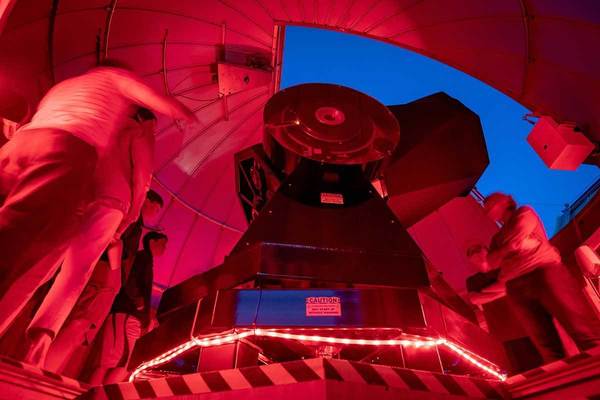 Crass, who plans Notre Dame’s Our Universe Revealed lecture series, is planning another stargazing event in the coming months. A date will be announced soon.

Originally published by Deanna Csomo McCool at science.nd.edu on July 19, 2018.