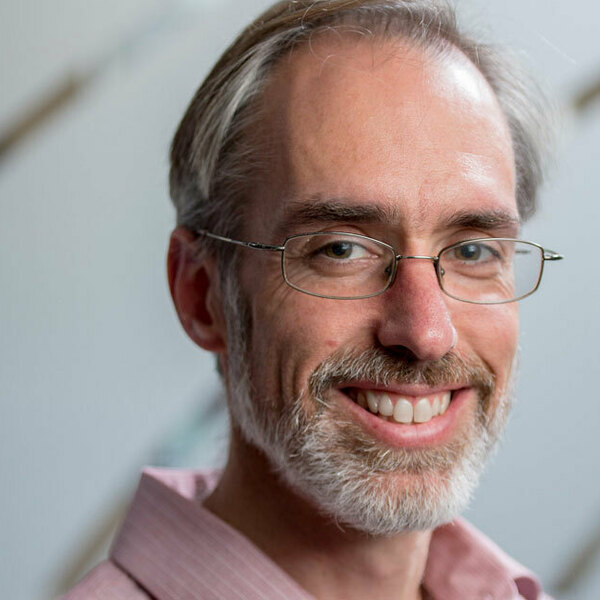 If Prof. Lannon could have the answer to just one question about the universe, it would be why is the top quark so massive while all the other particles we know about have much smaller masses?  In 2012 the CMS and ATLAS experiments, using data from proton collisions generated by the LHC at CERN in Geneva, Switzerland, discovered the Higgs boson, confirming that particle mass does, in fact, arise from interacting with the Higgs field.  However, there is currently no theory that explains why the Higgs field would interact so much more strongly with one particle, the top quark, than with all the others.  It might just be random, but based on examples from history, like the successes of the periodic table, Prof. Lannon is motivated to search for underlying principles to explain the pattern of observed particle masses.  Prof. Lannon does this by using the CMS detector to study collisions involving both top quarks and other particles, like Higgs bosons, Z bosons, or W bosons.  Using a theoretical framework known as effective field theory (EFT), Prof. Lannon’s research group searches for unexpected features in the data that would point the way towards an explanation for the top quark’s tremendous mass.

Prof. Lannon has developed a keen interest in applying signal processing and big data analysis techniques to confront the challenges posed by the enormous volume of data generated by CMS.  He has explored numerous techniques for enhancing the capacity of CMS to use computational resources to process more data.  In particular, Prof. Lannon’s group has developed software that enables the use for CMS data processing of opportunistic computing resources at Notre Dame’s Center for Computing (CRC), routinely reaching a scale of 10,000 CPU cores and occasionally peaking at just over 25,000 CPU cores.  Prof. Lannon’s group also explores the application of deep learning techniques to particle physics problems.  He is the lead principal investigator for the Cyberinfrastructure to Accelerate Machine Learning (CAML) GPU cluster which benefits machine learning efforts across Notre Dame and nationally via the Open Science Grid (OSG).  Prof. Lannon also contributes to the CMS trigger.  The trigger is responsible for analyzing CMS data in real time to decide whether a particular collision is worth storing for later data analysis.  One aspect of the trigger that has become a particular focus for Prof. Lannon is the track trigger upgrade, which seeks to use custom electronics based on field programmable gate arrays (FPGAs) to reconstruct the trajectories of charged particles in time for the trigger to make use of that information.